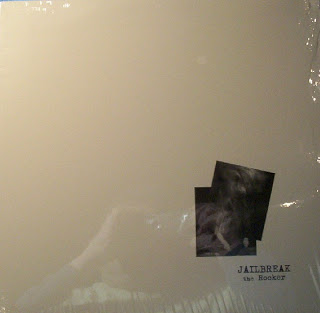 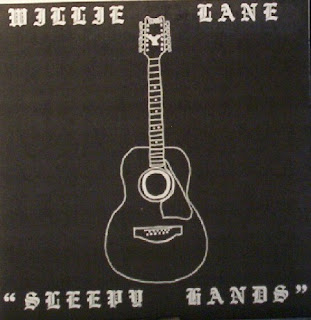 Up till now what I's heard from Heather Leigh Murray ain't been much-that old Ash Castles cd from way back & a solo guitar lp from a yr or so ago, which I liked fine-nor could I say that my Chris Corsano collection is buldgin at the hips neither. But there ain't nothin that he ain't thumped that didn't sound hell bent & alls I do know's about Ms. Murray for sure is that she's in it for keeps, so'd I figured this duo collab what they call Jailbreak was gonna be a burner. But man, I wasn't expectin it to scream with flashbacks! The second that peddle steel cranked up in open D, it was like I was transported back to a Montose concert in late 74. I think it was w/Tull (coulda been Doobie Bros., to be honest,back then I'd see about anything) but it's alls a haze. It was frustratin times, just like now; Nixon had resigned & Ford was president, we's was in the midst of a recession as well as a war what was windin to a close, but thankfully the grass was cheap & there was plently of pills floodin the scene. I was livin in San Diego, done rotated outta the shit & cut loose from active service, so's I was lookin for good times & more's the merrier. Long story short; this Montrose's set. I'd gone down to the Sports Arena to meet some Marine buds, but got waylaid by some skimpy gal name've Toni-Jo what beguiled me w/Ripple, donkey d sticks've Mexi-bud & my 1st encounter w/a Quaalude. I knowed the 714 was supposed to create euphoria, but horned in a room-no matter how big- w/ so much active human debris, already tootled on rag 'n rot (me that is), it was gonna be anybody's call. Anyhow, back to the action, 2010; when Ms Murray rips open this lp called 'The Rocker' , she might as have been rakin them strings across the inside of my skull. There I was fightin the infernal racket w/everything I could muster, yet diggin it all the time. It was 'Bad Motor Scooter' live all over again. Ronnie was tearin into that intro back on that eventful night in Seven-Four; brain cells was meltin, worlds was collidin, the chickens of future past was comin home to roost. It was the kind've mental torture what'd make a Chinese brainwasher cream in his little red book! All's through 'Brought Down' (aka side 1) the air become thick & smelled of sweat 'n the sweet smoke of banana papers/ dirt cheeb fusin into the atmosphere. I had a damn-the-gravity feelin too, just like that 'lude had did me. Everything was movin so fast it was slowin down into practically individual snapshots of my personal demise. The wine was turnin over in my stomach, there was the distinct burnin sensation of vomit in the back of my throat. 'Cept all's I'd had was a Fresca 'n some pear cake. Then Corsano's drum's thunder into the fray like a cavalry charge. He might as well have been a thousand Denny Camassi's tubbin at once. I was knocked to my knees & for a moment I swear I could feel the soft caress of a woman's hand move gently across my tomented head. "Toni Jo!", I cried, "for fuck's sake, do not abandon me in this wonderous carnage"! I was beginnin to think that cake had growed some ergot (it'd been sittin out a while), no other explanation added up. Every now & again, I'd make out some vocals. "The Rocker" I said to myself, starin at the record cover, strugglin to hold on, "not the Red Rocker". It become a mantra & truth be told, I'd wager it's what anchored me. I was drenched in perspiration, just wetter'n an otter's pocket when the side came to an end. As for the flip (aka 'Sugar Blues), shit, that was tame in comparison; just your average North Vietnamese rocket attack where's these 2 simulate incomin rounds of mortars 'n whatnot. After what I'd just been through, I was happy to take cover behind the couch & let it play itself out. Given the choice, I'd take hittin the dirt while Katyusha missles blowed up around me to cleanin up 35 year old rancid puke what's been lodged loose by a couple've free wheelin karma dealers. I can't speak for nobody but myself but this record really shook ol' Roland Woodbe to his core. Maybe you's is made of stronger stuff, find out here;
www.family-vineyard.com


Willie Lane up & self released a fine solo lp last year that I ain't got around to reviewin but has been told by the source himself they ain't to had no more, no ways. So that settles that. Hope anyone out there what's ken glints towards the core of a Sandy Bull galaxy was able to bring home a copy've 'Known Quantity' & burn it into their cranial cosmos. Now he's gone & put out this most excellent 7", 'Arrested For Decay'/'Sleepy Hands', again on Cord Art & it's easily my favorite little record thus far in this wee year. These two works spark 'n flare with Jesus Acedo like motif's, the harmonic's & melodies on both sides fan glowin embers've desert ragas that seem psychonautically informed via moments found within grooves one might encounter on the 1st Black Sun Ensemble lp. Even the sleeve art...looks...vaguely...Why, the whole thing is a goddamn Pyknotic conundrum I tell ya! Hand numbered edition of 350 & once the words out, not even the snappiest department store Santa'll have a chance at it. Available stateside at; www.mimaroglumusicsales.com & elsewhere via; www.volcanictongue.com
Posted by Siltblog at 12:16 PM

I love the candies and to share it with my boyfriend in a speciall time. Actually when he buy viagra we share not only our candies but a great time together. I really love it!!! for me the candy are very delicous.

Earning money online never been this easy and transparent. You would find great tips on how to make that dream amount every month. So go ahead and click here for more details and open floodgates to your online income. All the best.