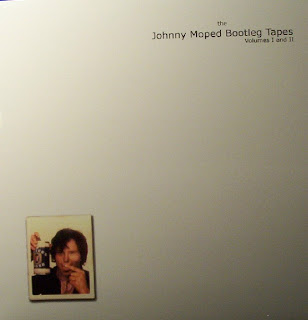 Man, who'd have thought that doin a little music blog would become such a Sisyphean (or is it Herculean?) task? It ain't that it's unrewardin or a bother, only thing is once I stumble, it's hard to get that balance back. See, I got's all manner of other, more pressing activities that need my constant attention. I wouldn't call it National Security but then I wouldn't NOT call it that either. Like Roy Batty says at the end of Blade Runner "I've seen things you little people wouldn't believe". Okay, it ain't been no attack ships on fire off the shoulder of Orion. Yet. Not for nothin, but I spent some time & enrolled in a writin workshop that damn near got me hog tied. I thought I might never peck on a keyboard again! The instructor I had, a Mr. Chauncey Legroux sure was a piece of work. Sort've like something created by GB Shaw & WS Burroughs. He carried certain airs about him & had this clipped diction (like Henry Higgins) but had been physically wrecked by a heroin overdose & was now handicapped.He'd been in a coma for a sustained period & claimed he'd lost oxygen to his brain for a spell, so's when he came to, he no longer had any feelin in his limbs. They'd since withered & atrophied, so he tooled around in a jazzed up Rascal constantly spouting compositional rhetoric. He sported this rakish beard & always wore perfumed ascots. Plus he had this little bald head & constantly had a pair've rose tinted reading glasses perched on the end of his nose. Anyway, he was a bit younger than me (but I was the oldest in the class by a mile) so's I found all his polished foppery quite amusing. Plus he was an unabashed fan of Emo & his mobile was covered w/band stickers. Getup Kids, Dashboard Confessional & Jimmy Eat World was his favorites & he credits the band Heroin for gettin him into that drug in the 1st place. He had a huge crush on the botox lookin fella in Fall Out Boy & some nights in class he'd go on & on about the originality of that bands lyrics (or "poetry" as he called it). Then he'd have the gall to tell me my writin wasn't no good, that my "naturalist style" needed to be abandoned. "Modernism pupil Woodbe" he whimpered to me once, "perhaps that is a genre that requires your....petulant curiosity". I didn't know what he meant by that exactly. I figured he was being smug, so I decided I'd do him one better next time in. The upcoming assignment was an oral presentation where we was all expected to present a narrative aloud. When my turn came I didn't have no written story to talk from, rather I told of the time one of my old housemates came home from work early & laid claim to the bathroom for about an hour. Finally he come downstairs to the kitchen & joined me at the table for a cup of coffee. Meanwhile the other housemate we had followed him in the lav to do his business. Suddenly there was this horrible scream & we both shot up the stairs to see what was the matter. Our roomie was standin there aghast, pointin at the toilet & sayin "what the fuck is that"? Standin up outta the bowl was this humongous turd that looked like Nessie skimmin across the waters of Loch Ness. The thing was risin at least 3 inches atop the seat & went clean down the drain pipe! As disgustin as it might have been, it was still perversely amazing. We just looked in shock at the erstwhile culprit who was now getting defensive. "Fuck you guys" he screamed, "I'm sick"! With that he grabbed a bath towel made his way to the john, bent down & gently smothering his freakish defecation, picked it up, walked down the stairs then outside to a public trashcan & tossed it away. Upon his return he shot us the bird, got in his car & drove off. End of story. As you's can imagine, the class was beside themselves w/laughter. Except for ol' Chauncey whose bottom lip was quiverin so bad I thought he might vomit. He screamed for order then began to berate me for my tale, saying it was COMPLETELY lacking of structure, verisimilitude, tact & maturity. "You know pupil Woodbe, if your so keen to recount infantile tales of boys & bowel movements, perhaps you should join a dart league & leave serious writing to those of us serious OF writing". I walked over to his cripple cart, crouched down & asked him if he was such a fan of shit like Split Lip, how about I give him one & see how much of a fan he was then? He smiled & said "you wouldn't dare". In that instant I whipped out & unpeeled an old Rites Of Spring sticker I found at an AIDS/thrift store & popped it hard over his mouth, rendering him mute. Then I grabbed my bag & walked out of the classroom to the thunderous roar of applause & if I may say so, a standing ovation. As I was making my way through the parking lot, I looked up & saw the silhouette of his baby head rockin against the giant headrest, listenin to him scream as I opened my car door; 'UNFUNNY! UNFUNNY MR. WOODBE! GOOD RIDDANCE TO YOU SIR! YOU ARE A CUR! YOU'LL NEVER MAKE IT, NEVER"! I chuckled to myself & drove off. I have to wonder though; if all college's is filled w/such self centered clowns as writin instructors, it's a wonder anyone learns anything. I weren't ever worried about 'makin it'. Far as I'm concerned, makin it out was the wisest lesson I learned. Besides, how many more flowery words does I need to know? Now I'm back to the drawin board which is this here Blog & I couldn't be any more happier about that then if I was a pig in shit. So here we go;


I ain't thought of Johnny Moped in many a moon so when I was told there was a dbl lp of his bootlegs tapes now available, I damn near choked on my lager. For years I'd heard tell of a 'demos' 7" what was impossible to find & had never knowed anyone that had ever heard it, let alone own it. I'd always been partial to his Chiswick releases but it had been a long time since I'd laid eyes or ears on them records. My recollection was it being high energy rock-somewhere between pub & punk-by a hyperactive recluse & some 'famous' friends. But the demos thing had always alluded me & I had wondered what the fuck could all the fuss be about? I mean, it seemed to be on every want list I ever seen. Bootleg tapes? I had no idea what that meant neither. So I took the plunge on this 2 record set via Damaged Goods & I am a better man for the risk. Whatever I reckoned I was in store for (rattier soundin verions of his classics) is there, but that ain't nothin to do w/the legendary demo's 7" nor the (unknown to me) original bootleg tape. Or let me put it this way, what I didn't know might kill me. From laughter. And admiration. Unfurling from an audio time capsule (circa Croydon-mid 70's) the sundry, ale soaked DIY genius of Johnny Moped & friends is a goddamn riot & a half. Recorded mostly in bedrooms (ala Swell Maps & other champions of the era), there's many great diamonds in the rough that'd later be fleshed out on the Cycledelic lp, but the real creme de la creme is the various "bits" & interviews. These guys was havin a ball & I for one am finally glad to've gained access to the party. Listenin to 'The Wolf Man & Dracula' or 'These Students', it seems totally plausible that the idea behind them excellent Billy Childish/Sexton Ming lp's what come out in the 80's might've been inspired as much by the (original) Bootleg Tapes as any Ivor Cutler record. Sorta reminded me of the best moments on that Jack Starr lp what come out on Norton too. And w/a song like 'Save The Baby Seals' on board as well, there seems to be no reason to ever wanna hear the Rotters 'Sink The Whales' ever again. This one came totally outta left field & bowled me over & even if your as bored as I am of havin to constantly brush up against tired recollections from all the old Brit "originaters', here's one that'll really take you's for a spin. Nice to finally have it. And then some. In US try http://www.midheaven.com/
elsewhere at http://www.damagedgoods.co.uk/


Another fella what appears not to give a fuck about playin w/a full deck is Ross Johnson. And the Goner label has seen fit to collect a cornucopia of his most excellent howls, jabbers, jams & gems on a cd entitled 'Make It Stop! The Most Of Ross Johnson'. Granted, my 1st time through I thought by the time it finished either him or me needed to be committed to the bug house, but the next time up his sotted vision come through LOUD & clear. I's known of Ross' work from (mostly) Panther Burns & always wondered who the real loose nut was in that band. As eccentric & irrasible as Tav might be, it's no secret now that it was Ross Johnson what was really shakin that tree. And teamin up w/Jeffery Evans...there hasn't been a more formidable axis of lunatics since Hitler & Mussolini. Ross ain't afraid to let it fly & put it all on the line; cowardice, drinkin, toy dogs, Christmas...they's all totems for his fun & fury. I gather Ross lives by the mantra 'It never happened" & as much as I can appreciate his self deprecation, I'm glad it did, whether he's in denial or not. The evidence is here. Do not be weak & afraid. Go to http://www.goner-records.com/ for more info.


One more dude what deserves some spoutin off is a gent what goes by the moniker of The Jaguar. Hailin from Wisconsin his ouvre come to my attention by way of Mr. Pink Reason who embellished the Jaguar's plight by claimin he had "zero fans". Hey, what about me? I can't says I know a whole lot about Jaguar, meaning, outside of this cdr called 'Trash Blues Bucket' I have no idea how many other releases he has packed away. Pink Reason says he's been doin "this" since the 80's so I would imagine there's a hefty back catalog lyin in wait. That said, on the surface he reminds me of another upper midwestern loner, Skidd Freeman. But Skidd relishes & shines in garage Punk rock idiom while Jaguar seems-literally-conjured out of a trash Blues bucket. At times his edifice recalls structures similar to Jandek, then you come across a high lonesome hamonica 'n yelp that sounds like the Legendary Stardust Cowboy has invited himself over, when suddendly-wham!- your buried in an electric murk of post, post, post Dead C (okay, Ashtray Navigations. ding!) detuned distemper. So he's never in one place for long. It's hard not to appreciate the guy's dedication & intent. If this was a cassette on Fuck It, Drone Disco or some label of that ilk, Jaguar might be more well known among the ecstatically erudite, but as it is, he is an island not yet chartered among the cognesceti. But fortune's change all the time. And don't I know it! Check him out at www.myspace.com/thejaguaroffoxcities