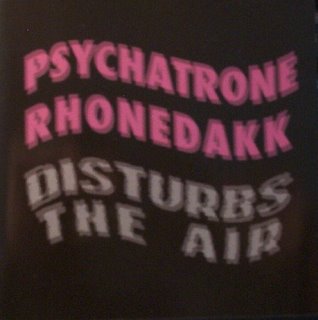 A belated Merry Christmas to all the readers out there. I hope it was fun & festive. Ours was spent up to Bethlehem, PA as the "guest's" of Mr. & Mrs. Clifford Knowtes, old (now ex) friends of mine from the Camp Century days. It weren't a traditional invite, more like a plea for help disguised as one. "You just have to come. You must, I will not take no for an answer" was the message on the voice mail. "And bring Miriam too, absolutely. Would you mind terribly if we impressed both your services for preparing Christmas dinner? I thought not. That's the spirit! Don't worry, we'll have everything here you'll need. I'll send a car down early Friday to pick you up. Report directly to the kitchen on your arrival, I mean, it will be so nice to see you both! Cheers Roland, Cheers Miriam, see you soon".
And so our dye was cast. By the way, Miriam is MG's 1st name. That's right, Miriam, Miriam Webster. Up till now I didn't want to get her implicated on this blog, but considerin the situation, it can't be helped. She & Cliff ain't never got along. He think's she's a pedantic know-it-all, she think's he's a lazy neophyte. But I see the goodness in both of'em. Or did. So yeah, we went up there & knocked out one helluva Xmas dinner; baked oysters, roast duck, plum pudding, a mulled wine...it was like something outta Dickens & the fuckers were just about as stingy too. It weren't but a few minutes after we was done w/the dishes & polishin the silver when some fella come in & said, 'your car is ready'. No after dinner drinks, no thank you's, goodbye's or leftovers,nothin! We was shown the door & driven out into the night as though we was banished servants. I was fit to be tied. I shoulda known. Cliff Knowtes was always looking for the cheap & easy way to go. And I played us right into it. As we was drivin down 309 on our way back I was recountin the story to our driver, York. He didn't seem too suprised by it all & I don't wonder why. Probably happens all the time. Like myself, York was a bit of a philosopher so when I seen his eyes lookin at me in the rear view mirror, all sympathetic as he pronounced "that's life" to our plight, I knew he understood. The he got to tellin us how he kept himself sane while surrounded by all the pettiness & backstabbin; ambient music. Specifically an artist know as Psychatrone Rhonedakk. He asked if I'd ever heard him. I felt myself tense up a bit at the question. See, I had heard some of his stuff a few yrs back & didn't take to it at all. But I thought better of tellin the truth & said 'No'. With that, York put in a cd called 'Disturbs The Air' & said 'check this out & tell me what you think'. So for the next howeverlongittook to get back to the Fishtown we listened in silence to the dark droning world of Psychatrone Rhonedakk. And I gotta tell ya, it was far out! I can't say what it was that had put me off his stuff them yrs before, but as we slipped through the rain 'n fog enveloped in his murky trance, I couldn't have been any happier than if I was home. There was alot workin & it seemed to come at us from all sides. I heard moments where I'd have swore it was DG 307 & others when it sounded like it could be some bizarre genius on the Limelight or Mainstream label.There was a little bit of Todd Clark & AK Process in the mix too. He even does a Warren Zevon cover & reworks it into an ominious fugue that recalls something off've Roxy Music's 'For Your Pleasure' more than anything by an excitable boy in dancing school. Overall it was decidedly atmospheric & in all likelihood I'd have probably never given it a chance if it was somethin I was to play at the house but that's why fate is so important. So I got hustled into workin Christmas by a shitbag & his wife. That's the hand I was dealt. But in the end it was really a setup for the wildcard (& moral of the story) which was Psychatrone Rhonedakk. Here I am writin up someone I'd written off all because of a ripoff & sendup that I shoulda been smart enough to see through. It was all an elaborate plot so's I could make good on my initial dumbheadedness w/the dismissal of Psychatrone Rhonedakk & his work. So while I didn't get to feast on no duck, I sure got myself plenty of crow to digest. One of these days I'll find them other cd's of his I got & see what I missed, & when that happens, I'll build a car to drive'em around, but for now, I'm content to just glide along w/'Disturbs The Air' as my sonic navigator through his DIY solar system. Contact http://www.summerstepsrecords.com/ for more info.
Posted by Siltblog at 7:49 AM