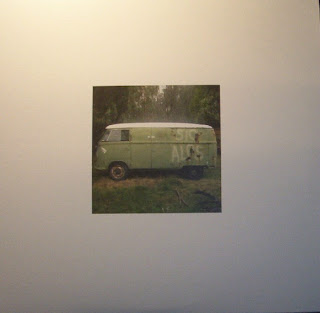 Bein somewhat of a pedant, I was initially confounded by Sic Alps on account of the name. Not the name per se, but the spellin of it. Sic Alps....seemed right to me. How is it incorrect?Alps that is. Or is it spelled Alpes? That didn't look right, it has to be Alps. Who'd spell it Alpes? I walked around all day dizzy, my head filled w/this useless conundrum. Sic Alpes....get the fuck outta here w/that!
Later that night as my RLS (restless leg syndrome) was givin me fits I got to dwellin on Sic Alps all over again. Maybe the problem wasn't w/Alps. Perhaps it was the Sic part that was throwin me. It weren't no acronym. Maybe it was a verb, like when you say to a dog (or cheetah) "Sic'em Alps, good boy!" or rather, "Sic Alps on'em & they'll know pain". Maybe Alps was a name. Or was it purposely a misspellin of the word Sick? Hmmmmm. I gotta admit, Sic looks a lot better than Sik. That's just stupid! Sic Alps.....it looks cool. I can dig it. But what did they sound like; Sick Llama? Sick Things? Sick Of It All? Man, my legs was shakin somethin crazy! I managed to do a jig over to the medicine cabinet & pop one of them oxycontin's Dr. Van Der Kwak had prescribed & as I drifted off into Fuzzleville, I made a mental note-to-self; 'or......der......sss........ic..........aaaalll.......pzzzzzzzzzzzzzzzzzzzzzzzzzzzzzzzzzzzzzzzzz.....' plonk. Down goes Woodbe! Down goes Woodbe! The lights was out & I was feelin no pain. To sleep, per chance, to dream.
Next day I went & picked up that 7" what I wrote about a little while back. And it was damn good too. A teaser you might say. So then I decided to take some seed money (literally! I had a whole bunch've money I was savin for seeds; watermelon seeds, carrot seeds, zucchini seeds...I got about the greenest thumbs you's ever seen) & buy this here album of theirs called 'Pleasure And Treasures'. And dammit if I didn't win again! Man, I don't know my ass from my elbow when it comes to Sic Alps & the name & the spellin 'n all that but they sure are one helluva great band! Angular in style, aggregate in sound, they employ all sorts of ramshackle hooks & motifs that resembles somethin to the effect of what 'Chairs Missing' might've sounded like if it'd been recorded by The Strapping Fieldhands ( just after 'Discus'). I'd never, ever thought of nothin like that before & now I can't stop. What an odd pedigree! But it works. On the other hand, sayin it's like Wire doin 'Wattle & Daub'....that makes no sense at all. It's like Sik Alps; THAT JUST DON"T CUT IT. Sic Alps.....that's right. Just Sic Alps.
So now I get it. And it didn't take no time in the grand scope of things. There's another 12" what's before this one that need's a good snaggin too. What can I say? I'm a fan. And there's a new one supposedly just down the line. Can't wait! Whatya say? Let's all be four Sic Alps. Get'em here; for this lp, http://www.animaldisguise.com/, for the band; http://www.sicalps.com/ the 1st 12" available via; http://www.mtstmtn.com/
also try http://www.s-srecords.com/ & http://www.midheaven.com/
Posted by Siltblog at 8:59 AM

I have RLS too but my doctor isn't cool enough to prescribe me Oxycontin (which even the manufacturer now admits is addictive). I take Requip, which was originally created for Parkinson's disease but works just as well.

Oh yeah, and that Sic Alps album is killer, tied with Pink Reason's "Cleaning the Mirror" for best acousta-fucked album of 2007.

boy howdy this is the best review I read all year. Gonna have to get me some too! RLS is all the rage these days. Requip ya say? Noted.