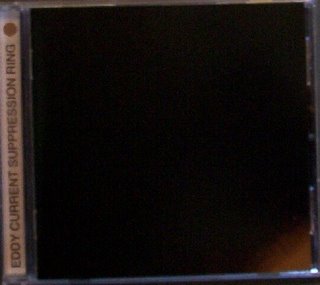 The (punk) rock action of Australia is so timelessly formidable that's it's no surprise that a band such as Eddy Current Suppression Ring would call the continent home. Personally I've always preferred the rampant insanity of groups like the Birthday Party over the rote inanity of Radio Birdman & when the old Saint's vs. Laughing Clowns debate rears it's head I'm firmly in the latter's camp, though I have yet to fall asleep (EVER!) while listenin to the 1st Saints lp. Not that none of that has a thing to do w/ECSR. They don't sound like any've the above. Rather, as debut launches go, ECSR seem to comet along the same vaporous galaxy as Th' Faith Healers 'L' & Alternative TV's 'The Image Has Cracked' which if you'd ask me, ain't a bad (imaginary) pedigree. I'd even throw a nod towards countrymen (& fellow Melbournians) the Sick Things too, seein as how they was ATV fans once upon a time. And while this debut ain't expellin the same toxic bile as found on the 'Sound Of Silence' comp, you can be sure ECSR holds'em in high regard nonetheless. How could they not? This cd (also available on lp format) follows three 7"ers that I was unaware of but am eager to investigate forthwith. I don't know what I'll find there, but the blat on this eponymous full length release is so disparate from the run-of-the-mill punkabee's congesting the US scene that I can't imagine bein disappointed. There's a reason why I counted this as one of the best of '06. Cause it was! Check'em out at http://www.ecsr.com.au/ or www.myspace.com/eddycurrentsuppressionring
& if you can tell me the time (& fur) don't fly, I'll gladly chop off your head for inspection.

(For label contact write; www.dropkick.com.au)
Posted by Siltblog at 8:48 AM