The Power Of Thrice Compel's You! 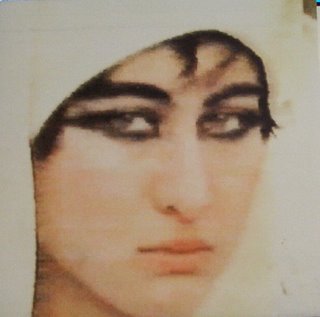 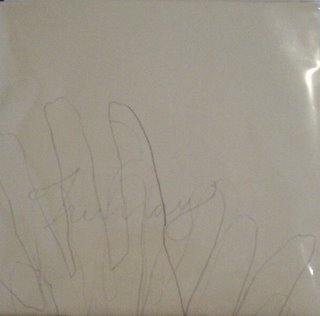 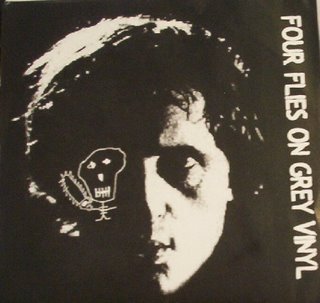 Here's three little records that came my way in the past week whose roots & toots deserve-at least-a glancing perusal. I ain't got a lot to say about'em & the jury's still out as to whether they'll ever come up again in polite conversation, but for now, they's family. Onward!

I was kind've excited to get this thinkin it might contain a Spanish angle on some post Suicide obsessed synth tweetery ala them Dutch bands who called the Plurex label home so long ago. I mean, it is from back in the day 'n all.And after a few spins I ain't sayin the moves aren't there, it's just that the insistent wave-ish pulse more closely resembles the ass waddle of the Hawaiian Pups than I feel comfortable knowing. The one track w/the female vocals & assorted electro bon-bons (sorta) reminded me of Minny Pops. In a submarine. On Mandrax. Stroft? Like, totally!
http://www.minimalwave.org/

Sources on the front lines tell me this group is hoverin close to the stratosphere of NYC's next ____ thing status (i.e, Mouthus, Sightings, etc) so I figured why not grab their debut & start from the beginning? My hat is off to these gents. This 7" from 2003 finds them milking the teat of a virgin cow named Henry, formerly owned by 3 amigos whose surnames are Frith, Hodgkinson & Cutler. Recommended? You bet.
http://www.fusetronsound.com

Done (I'm guessin, as both sides is titled 'Argento') as a tribute to the Dario Argento film entitled 'Four Flies On Grey Velvet', these two noisefarmers really know how to till & sow. Slicing Grandpa continue to dish out glorious 21st century Pigface chowder, their side bubbles & froths like a pallet of tear flavored Mentos being dissolved into a boiling cauldron of ether. It's spinabifidadelic to the max.
Penetration Camp's contribution is entirely laptop free, so does that mean it sounds more like a rusting, mechanical sock puppet throwing it's voice, the result of which reverberates like a crude, Non-like yelp from Boyd Rice, locked in an iron lung & careening down a steep slope into even further obscurity? Please say YES!
#rd edition of 313.
www.myspace.com/slicinggrandpa
www.backwardsrecords.com/penetration.htm

hey, I just got a free $5000.00 Gift Card. you can redeem yours at Abercrombie & Fitch All you have to do to get yours is Click Here to get a $5000 free gift card for your backtoschool wardrobe

The Hawaiian Pups!! "Up Up, Baby Judy!". Now where did you pull THAT one from??