It's Fuckin Pissin Down The Road!.....A Few Words From Findlay Doodle 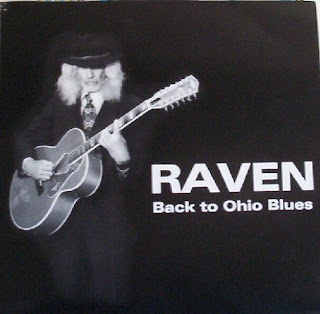 We're headed out to Austin, TX soon, so's the blog will be on hiatus till I get back. Or maybe it won't. An old bud of mine from back in the salad days, Findlay Doodle, is here to keep an eye on the cats so there's a good chance he'll take some time to peck out his thoughts concernin a few new releases what's piled up over near the turntable at Siltblog HQ. Findlay's more'n qualified, hell, he goes way back. If you's ever heard that track 'Big Tits Across America' on that Sex Pistols lp, 'Some Product' he's the jokester what called KSAN to talk to Paul & Steve about Psychotic Pineapple. As far as pranks goes, it's pretty small beans, but to the bunch of us in the room at the time, brains completely scrambled on acid, it was radical comedy. The (real) funny thing was he'd come out to SF not just for the show but to distribute some copies of The Pagans 'Six & Change' 7" he'd picked up for 50 cents apiece back in Cleveland. And nobody'd take'em! Yep, Findlay Doodle knows his shit, so I'm gonna turn over the forum to him this morning & I'll see y'all in a week or so.


Thank you Senor Woodbe, you are too kinds.....two kinds of ugly that is. Ha ha! I just love teasing that hillbilly ratfuck. Hey, how about that new release on the Black Velvet Fuckere imprint by an outfit named Amolvacy? It's called Ho-Ho-Kus & features a duck from Animal Collective on drums, a goose from NNCK ditto & a female vocalist/recitist jabbering a blue streak. It's very arty stuff, sounding not unlike something one might find w/the name Dagmar Krause attached to it back in the late 70's. It is also not so dissimilar to that group Officer! who did a couple lp's in the late 80's & were also firmly entrenched in the Canterbury sound/ethos. It's been a while since I've sported a beret, but the more I listen to this, the more that accessory seems essential. Pardon me, but can you spare any Grey Poupon? (http://www.fusetronsound.com/)


I just finished listening to the Birds Of Maya 'Vol 1' lp on Holy Mountain & while I hear some disturbing moves that glide a little too close to the glacial shitbergs found in the Bay of Sub Pop, there is also plenty to yap about on the plus side. Like how the in the red, nil-production quality accentuates their brut(e) rock discharge. Fans of that 1st Highrise lp or greasy truckers along the lines of Mad River, Jesse Harper & Human Instinct will definitely blow a brain nut if they let this one herniate their noggin. These guys make Dead Meadow sound like Weezer in comparison. (http://www.midheaven.com/)


There's a few releases here from someone/thing called Bipolar Bear & while I know I'm hardly the 1st person to roll my eyes at such a geeked out name, it certainly is telling as to the overall sound of the band. Let's see, there's a 10" split (w/Pope), a split 7" (w/Watusi Zombie) & a proper 7" of them all by their lonesome. They seem to want to fuse post punk moves (angular, jagged guitar) w/the bombast of 90's math rock & as I guess they're more readily familiar w/the latter, that what comes through the most. It's not advanced math mind you, but math nonetheless & if you multiply that w/bye-bye then I'm outta here. The 2 aforementioned bands that share the splits answer the equation; punk + house party x keg - guestlist =__________________. Dude, I don't even own a pair of Van's anymore. Peace out. www.myspace.com/bipolarbear


One of the more staggeringly great reissues to get ponied up into the fray has to be Raven's 'Back To Ohio Blues' lp. I 1st came across it a decade or so ago when it was booted by Rockadelic w/one of those lame paste on covers the label seemed to thrive on. Soundwise it was what it was; no one had gone to any extra effort for the vinyl-to-vinyl transfer, though you could tell Raven was the real deal. But somebody out there in Franklin County decided it was time Raven got his due & what you have here is a legit, official reissue, hand numbered & signed by Raven himself, replete w/liners by none other than Mike Rep. Raw, psyched-out blues rock of the highest, private outsider corner of the mid 70's DIY universe, 'Back To Ohio Blues' could easily be the appropriate bookend to another awesome stoned loner from the same period, Randy Holden's 'Population II' (which was reissued not long ago with similar flourish). While it's not as out there as David Welsh's 'Blue Lightning Accent' or as clumsy as Kenneth Higney's 'Attic Demonstration', you can certainly hear why it might've fallen on the same set of deaf ears. But that's always been the beauty of a vanity press; it's not about the audience but the author. Hard to know what drove Raven-I suspect he was a Cream fan, but elements of the Elevators & Velvets show up here as well-but he was certainly in tune enough w/the times to include a rousing drum solo alongside all his tasty licks. Stacked up w/that Tommy Jay reish lp & Columbus, Ohio seems to be the archive capital of America right now. You'll get no complaints here. www.myspace.com/backtoohioblues
Posted by Siltblog at 10:47 AM

Hello. This post is likeable, and your blog is very interesting, congratulations :-). I will add in my blogroll =). If possible gives a last there on my blog, it is about the Celular, I hope you enjoy. The address is http://telefone-celular-brasil.blogspot.com. A hug.

hi,
I read your blog and I like your post in this blog. really cool..keep it up!
This is my blog http://creditcardspartner.com, it's about secured student credit card .