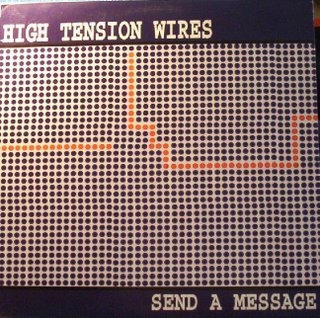 There's always lots of tongues wagged 'n ink spilt on the authenticity of the retro Punk action available by bands what come from labels such as In The Red, Birdman, Shattered, etc. I ain't here to concur or dispute said claims, just throwin my cards on the table. Even Siltblog has endorsed Angry Angles whose stylee sounds like it could've been cut sometime between Carter & Reagan. Clone Defects, Time Flys, Gris Gris, Reatards.....it's all fine & captures-almost to a T-the sneerin, 1% ethos of bands they obviously admire &/or emulate from the halcyon days. Hell, I own records & cd's by them bands I mentioned & I gotta say, after a spin or 2 on all of'em, they was done. Not that they was bad or nothin, I guess it comes down to do I wanna hear someone who wants to sound like (for instance) The Pagans or do I want to hear The Pagans? It's a no brainer. I sometimes think it's just me. I'm too jaded but you know, I have done & seen lots of cool stuff in my time so havin it all rolled out again & again it loses it's luster. Then one day I go & buy some used lp by a contempo band called the High Tension Wires & am completely blown away. Released in 2004 (?) on a label called Dirtnap, 'Send A Message is a staggering throwback to Punk angst frenzy found on Bloodstains & Killed By Death comps more than any one particular band from...."back in the day". If I was to try & pinpoint their sound I guess I'd say it's along the lines of a hybrid of The Dils, The S'Nots & The Skunks. They even cover a song by The Kids to let us all know that they know.The pace 'n timing is superb, the hooks are plenty & it's dudless in it's entirety. 'The Sad Tale Of Mattie Lou Denton' is the best song from 2004 that sounds like it's from 1982 that I heard in 2006 but like I said, they's all keepers. I don't know nothin about High Tension Wires or Dirtnap Records. I kinda doubt that they's got anything else that's as ace as this but people tell me I've been wrong before. 'Send A Message' is the greatest record that never came out on VVV & I can't think of any higher praise than that. Can you?
http://www.dirtnaprecs.com/
htwires@hotmail.com
Posted by Siltblog at 9:06 AM