Endless Boogie To Baseball Abstract; Tell Your Pythagorean Statistics To Shut Up 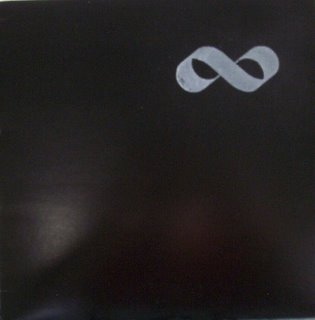 You don't have to be on board with the New York Mets to appreciate their rock & roll traditon. For instance, did you know that Art Shamsky & Lou Reed were tight bros back in the day? Or that the seed money to finance the legendary Watkins Glen Festival was fronted by an investment group called JM Partners, who were none other than Jon Matlack & John Milner? They say that Hojo wore his lucky Antietam t-shirt all through the '86 NLCS & World Series. Look what happened! And by now it's pretty common knowledge that Mike Piazza liked to listen to everything from Queen to Klaus Nomi before & after games. If your a fan like Belle & Sebastian, these kinda stats are gonna make ya wanna wave a towel. For fans like Endless Boogie, they're gonna snap it.
Grease Control, Top Dollar, Memories From Reno & The Guvernor......four dudes that deal in manly vibes & tasty action. And serious Mets fans to boot. One of'em even looks like Dave Kingman! For them, practice is as much about listenin to the game as it is carryin a tune. If John McGraw was runnin the music business, Endless Boogie'd be pokin Eric Clapton & THe Rolling Stones w/the shit end of the stick. But alas, that ain't the case. And not because of this injustice, they recorded & released two stupendous lp's of highly fortified improvisational rock slather that less than a thousand people have had the chance to own. How many of the under privileged follow the Mets is unknown but let me tell you this; If Pete Rose had slid into Endless Boogie instead of Bud Harrelson in game 3 of the '73 NL Playoffs he'd be in the Hall Of Fame now. Because he'd be dead! And another thing; when Endless Boogie were born, the nurse looked at'em & said' Oh my God, it's Endless Boogie' & slept with them. At that point she had become the 3rd woman to sleep with Endless Boogie. Talk about chops! You don't get that kinda virility w/a shot from Balco.
Amex holders bandy around names like Coloured Balls, Groundhogs & Peter Green era Fleetwood Mac when they describe the Endless Boogie sound. ATMers mention Thin Lizzy, Foghat & the like. Someone w/a Discover card chimed in w/the Velvets. I dunno, listenin to Humble Pie's 'Live At Fillmore East' the other day I thought of'em. Not a cent on me either! So what's that say? Well, like any good team they're aware of those who've preceeded them. Their rock is solid & fundamental & they can stroke it both in & outside the park. Like the old man said "The team with the most runs wins the game" & Endless Boogie put up a lot of fuckin runs.
And it works well in the live setting too. There's no head swagger or dramatic facial contortions. The strategy is straight ahead, pitch'em knee high & inside 'n back it up by hittin it where they ain't. Someone recently opined to me that they weren't the most exciting band to watch live. Alls I can say to that is neither were Television & people won't stop talkin about them! As far as I'm concerned, Tom Verlaine could be a Yankees fan, but I don't care enough to look at Legs McNeil's MySpace page to find out for sure. Waiter, check please!
So like I said before, gettin their records might be a chore. Fortunately for all of us, Brian Turner had the good sense to invite'em on his WFMU show towards the end've last yr. You can check out their sonic snarl in his archives at www.wfmu.org
Or if stubborn's your bag, you can see what might be available vinyl-wise at www.fusetronsound.com

Tell'em Felix Milan sent ya.
Posted by Siltblog at 6:30 AM

Hey, while searching for widgets for my blog, I stumbled upon www.widgetmate.com and wow! I found what I wanted. A cool news widget. My blog is now showing latest news with title, description and images. Took just few minutes to add. Awesome!