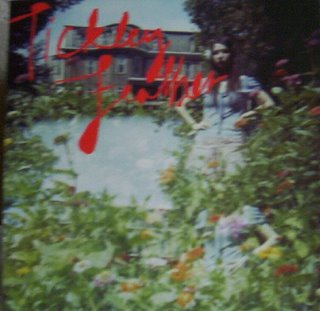 Found myself in West Philly yesterday, respondin to a plea for help. My ol' buddy Al 'Black Hawk' Downing's pet rabbit ('Landrew') had escaped his domicile & was on the loose somewhere's in the neighborhood so I come out to fetch him back. I'd be lyin if I said I didn't have a vested interest in Landrew's return. I'd been feedin the fucker fresh basil & turnip greens for months now in hopes of gettin him all sweet so's I could help him "escape" myself-right into a casserole dish- a little closer to Easter. Not that Black Hawk knowed any of this. Hardly! That the rabbit itself might have his own designs on freedom never entered the picture. And it didn't seem likely, out in 'Never, Ever Land', that he'd been snatched. I was pretty sure he'd straight up run off. For one thing, everybody out there is some sort've vegetarian & second, they's all seem to worship animals or hold'em in high regard. Walkin around the WP was like roamin around that village in The Wicker Man, if it smelled like patchouli & bay leaves. After a long spell it become apparent we wasn't gonna find Landrew. He had burrowed deep into some shrubbery somewheres. Black Hawk's heart was heavy. I felt his pain. The longer that rabbit stayed free range the tougher his meat was gonna get. Shit, he weren't gonna be worth nothin but a stew if he kept this up! To hell with it I said. We got back to the house & needed some cheerin up. I scoured the cupboards & found a bottle of Black Velvet, a can of coconut milk & some banana's. Slopped a mess've all that into a blender w/some ice & presto, we had ourselves a pitcher of Canadian Coladas. They was sure to take the edge off.
We was startin to cheer up & about to run off a 2nd batch've drinks when the doorbell rang. It was one of them ragamuffin hipsters, replete w/ironic, Goodwill-scored corduroy coat & a wool Peruvian "aviator" cap w/the ear flaps pulled up. His sad little moustache looked more like whiskers & overall he resembled a kitten. Granted, just about the ugliest kitten you'd ever wanna see but a kitten nonetheless. He was friendly enough & said he was goin door to door sellin records. He had this here split 7" by Tickley Feather/Serpents Of Wisdom & said he wasn't havin no luck gettin rid of it & all's he wanted was enough money to go & buy a clove cigar over from the co-op. I asked him what it sounded like but he couldn't articulate, stumblin over the words 'psych, folk, weird & weirdness' like it was a mantra. So be it, I gave him 5$ for the cause & went back inside. We whipped up some more of them CC rider's & gave this baby a spin. First run through all's we did was laugh & shake our heads about how much they's tryin to climb up in the tree w/Espers or Fursaxa. But after a few spins I realized you could no more "blame" them bands for these sounds then you could a record store for sellin them copies of the 'Princess Bride' or 'Camelot' soundtracks. But then I got pulled in deeper. Both side began to grow on me & after a spell all them garbled adjectives the doorboy had spilled outta his mouth was payin off. The Tickley Feather side was dosed w/all the lush space whisper 'n ache of Gilli Smyth or Helen Johnstone pasted & cut over an aural veneer of THAT sort've determined instrumentation that has become a hallmark amongst the finest in the Finnish underground. The Serpents Of Wisdom side could almost pass the litmus test as one of them apocryphal Anglo tales of a never-before-known acetate by some obscure psych monster. I'm embellishin sure, but the guy's heart's into it & while I could do w/out the Robert Frost sample & backwards vocal gibberish, he's cut some charm on here that made me immediately go seachin for my copy of Oliver's 'Standing Stone' lp. Hold's up pretty well too. It's gotta nice 2 sided printed sleeve + they's pressed it on thick white vinyl. Can't find no number anywhere but I'd reckon it's limited. Were I a bettin man, I'd have wagered this would've been something off the Weird Forest label. That it's from here in town is practically cause for celebration. You's bring the spirits. The crow cassoulet 'n humble pie's on me.

hello,I recommend to you the best browser in history,I really loved it,I hope you may want to download and try. thank you.

just threw up a vid of Tickley Feather on my blog! Check it!