The Belgians They Are A Funny Race.....Edmond De Deyster's 'Selectie 01' LP 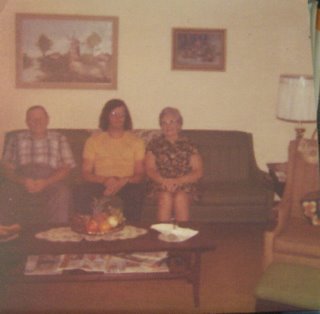 Back in my junior high school days we had this teacher, Mr Snifert, whose whole job seemed to be presidin only over study hall's. I don't think I ever took a proper course from the man. When I say proper, I mean...well you probably know what I mean. He did some teachin though, albiet, non curriculum. Second period 8th grade yr was spent under his watch in the music room as it was the only one vacant at the time (the building was in the midst of renovations ). Anyhow, Sniffy (as we called him) fancied himself as somewhat of an avant gardist & hepcat. Some study hall's he'd pass out copies of National Lampoon, Crawdaddy or Creem magazines for kids to check out, other's he'd read aloud from the collected works of Carlos Castaneda, this here one I was in, he played music. And I don't mean records or tapes, I mean he played music,as in live performance (he brought stuff in too, but I'm gettin ahead). I don't think Sniffy was a musician in the trained sense of the word, watchin & listenin to what he was doin it seemed made up on the spot, i-m-p-r-o-v-i-s-e-d you might say. Somebody'd donated an EML 101 synthesizer to the school the yr before & most the time it sat over on it's side, completely ignored. Once Mr. Snifert found that thing, it was off to the races! He'd bring in records by Morton Subotnick, LaMonte Young, Terry Riley, various soundtracks, anything that had synthesizer's, loops're whatever that he could play for us & then expound via himself w/that EML. It was somethin to behold. Raw, monolithic, repetitive, he had a style I reckon, but it seemed very ham-fisted & oafish. One day Benny McCarthy brought in a copy of 'Metal Machine Music' to see if he'd play along to that. We thought for sure he'd be keen, instead, he got real mad, turned over a desk, called us all "ignorant infidels"! then ran 'n locked himself in one of the studio's & cried like a baby.That was the end of Sniffy's Music Appreciation Society.A few yrs ago I was in an airport & chanced a meetin w/his eldest son Dennis. We jawed a bit & he informed me his dad had died some yrs back & as they was goin through the estate, came across a box of reel to reel tapes, all datin back to that term of that year he spent tryin to hip us w/that EML. Now Dennis Snifert ain't no slouch when it comes to callin a spade a spade so I asked him if he'd listened to'em. "Yeah" he said, pausing, "I've given them a good once over". Well, I asked, was they any count? He sort've shot me a look, laughed 'n said, "Roland, does the term 'no lift' mean anything to you"? Then he excused himself, shook my hand & headed off towards his gate. Thinkin about that meetin later I got to wonderin about them tapes. Was Mr. Snifert some sort've primitive, electronic's genius? Was ol' Dennis sittin on a avant garde goldmine w/o even knowin it? Once I sobered up I reasoned there was probably a good reason why Sniffy'd kept them things secret. Maybe they was just exercises or some kind've catharsis, you know, for his ears only. Could be what I'd hear wouldn't be at all what he was tryin to lay down, so I let it go. There simply ain't enough hours in the day.
But I got to stewin about all that again as this lp I bought called Selectie 01 by a fella named Edmond De Deyster reminded me of what I envisioned Sniffy's stuff'd be akin to. Stark, lonely, antiseptic in a way, it just sounds like boorish knob twittling, a pre computer age game of Pong but w/more tone & resonance (it's still Pong though). I dunno, to some, the fact that it's culled from 1975 & has never before been released ( I guess the guy kept'em a secret & passed away in 1999) might be enough to warrant extreme hyperbole followed by a flurry of cash ' credit card activity, but I'm not fond of banana boats, thank you very much. Wanna know what a night on Davis Island sounds like w/tugs 'n barges snortin up & down the Ohio River? It's here. It would've made a helluva soundtrack for a sci-fi movie starring Gil Gerard or Klaus Kinski back in the day too.Or a long scene in the Six Million Dollar Man where some villian give's Steve a knockout drug & everything gets.....real.....slow.Yeah, sorry, I ain't bitin. This is extremely marginal to my ears & I'm bein kind. Did ya ever stop & think maybe Mr. De Deyster didn't want his recording's released? I will give whoever props on the cover, very nice, very....Corwoodesque. It also kinda reminds me of the back of S.Y.P.H.'s 'Harbeitslose' lp. You know, the one w/the blurred photograph of those snub-nosed beer bottles? But hey, it ain't Jandek & it ain't S.Y.P.H., I feel bad the guy's dead-regardless of the circumstances-but he ain't the one trying to get ya to shell out 25$ for a couple of neat family snapshots & a LIMITED EDITION lp of some mundane languidity. In fact, come to think of it, if it was up to Edmond De Deyster, we wouldn't even be havin this conversation right now! Now ain't that a kick in the ass? No lift.....I hear ya Dennis! Advance if you must, go to http://www.ultraeczema.com/
& find out more.
Posted by Siltblog at 3:15 PM